La Maison Forestiere in Ors, once the Forester’s House and part of an Army camp, now the memorial to the poet Wilfred Owen.

The house stands outside the entrance to a military encampment the whole camp area being surrounded by high wire fences.

It was the 31st October 1918 when Owen and his battalion (2nd Manchesters) reached Pommereuil, about 2 miles north-east of Le Cateau. (It had been taken just a week before by two sister battalions of the Manchesters). A Field Ambulance unit had originally been established in the house from which wounded were sent on to Le Cateau and beyond. It also had to deal with many French civilians who were in a very feeble condition because of age, food shortages, illness and gas poisoning.

By the time Wilfred Owen arrived, the Ambulance unit had moved on. During the early evening of the 31st, surrounded by sleeping officers, including his Company Commander, officers’ servants and some battalion HQ personnel, he wrote his last letter from the cellar in this house. At that time he felt he was out of danger. But there was danger to come and he died on the nearby banks of the Sambre-Oise canal at Ors on 4th November. The ventilation grille to the cellar can been seen just to the left of the bush.

During the Second World War, General Rommel met strong resistance here from French troops. On 18th May 1940 he failed to get past a few heavy tanks barring his way forward to Le Cateau. He therefore reversed direction and diverted to Ors where he overwhelmed the opposition that he encountered there. Pressing on, he reached Le Cateau, skirted Cambrai and then went on to meet very stubborn British resistance outside Arras.

The Forester's House officially opened in 2011, the Wilfred Owen  Forester's House  is the work of British visual artist Simon Patterson in collabortion with architect Jean-Christophe Denise. By transforming this humble abode into art, Simon Patterson aimed not only highlight to poetic force of Owen's work but also to demonstrate the continuing relevance of art as remebrance of horror of war. A circular access ramp has been addeed to the front of the forester's house but the  "smoky cellar" remains almost as Owen described it in his final letter to his mother and retains its somewhat humid atmosphere.

Open from April 15th till November 15th, from wednesday to saturday 2pm till 6pm, On the first Sunday of the Month from 3pm to 6pm. Open for groups all year around upon request. Informations and visits + 33(0)3 27 84 10 94 otlecateau@gmail.com

By car from Cambrai. As you climb the hill from Le Cateau, on the D643, take the first road on the left, the D959. The memorial is found on the right hand side of the road, by the Camp Militaire. . 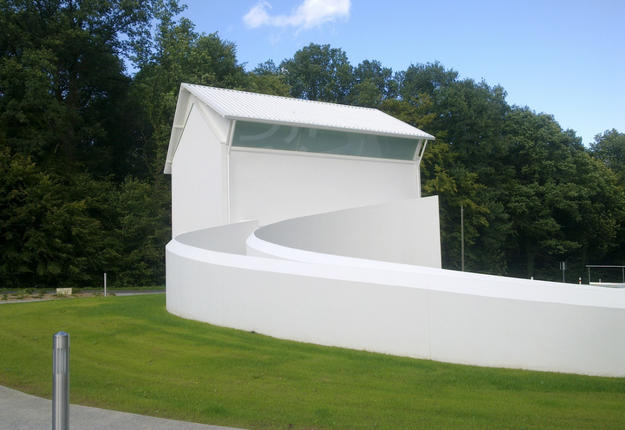 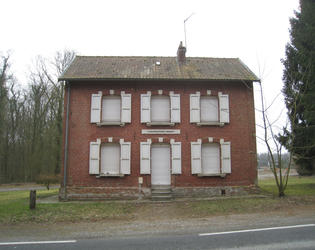 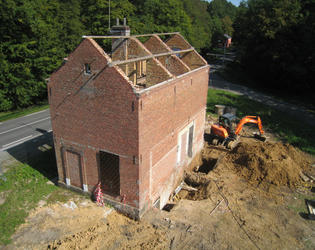 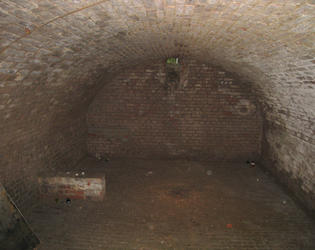 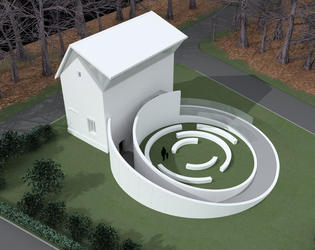 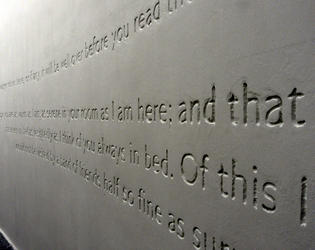 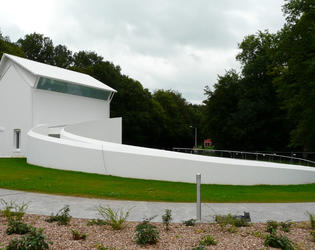 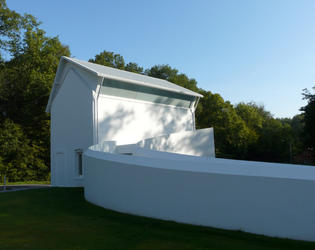 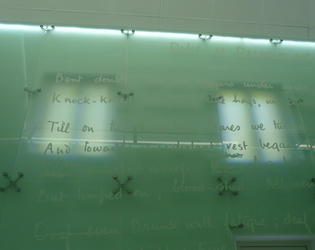 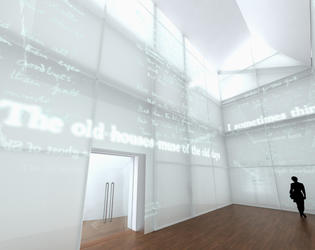 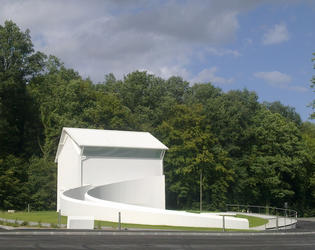